The University of Cape Coast (UCC) has demonstrated unalloyed love and heartfelt appreciation to retirees who have served the University in various ways during their prime.

The University recognized the senior citizens for their invaluable contributions, sacrifices, dedicated service and selflessness that had brought UCC this far.

As part of activities marking UCC’s 60th anniversary, the University set the day aside to honour its retirees.

The programme, which was held at the forecourt of the Sam Jonah Library, also afforded the senior citizens the unique opportunity to reflect and share their rich experiences with staff in active service.

Highlights of the events included cultural music and optional speeches by the retirees on their experiences in the past. 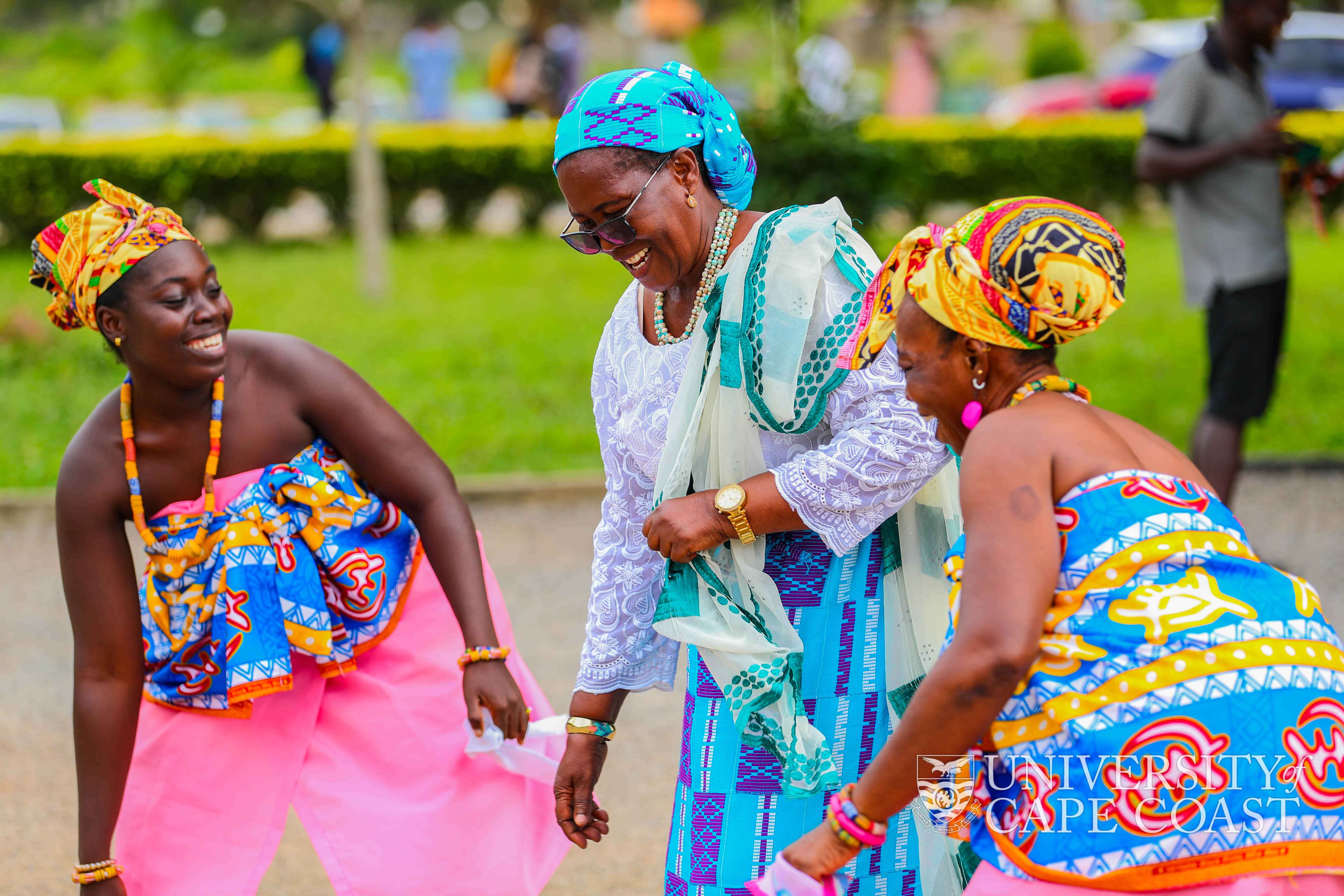 The Retirees Day celebration afforded the superannuated staff of the University the platform to share their experiences during their prime as staff of UCC.

Prof. N. N. Koufie, the composer of the UCC anthem, recounted the storied history of the anthem. 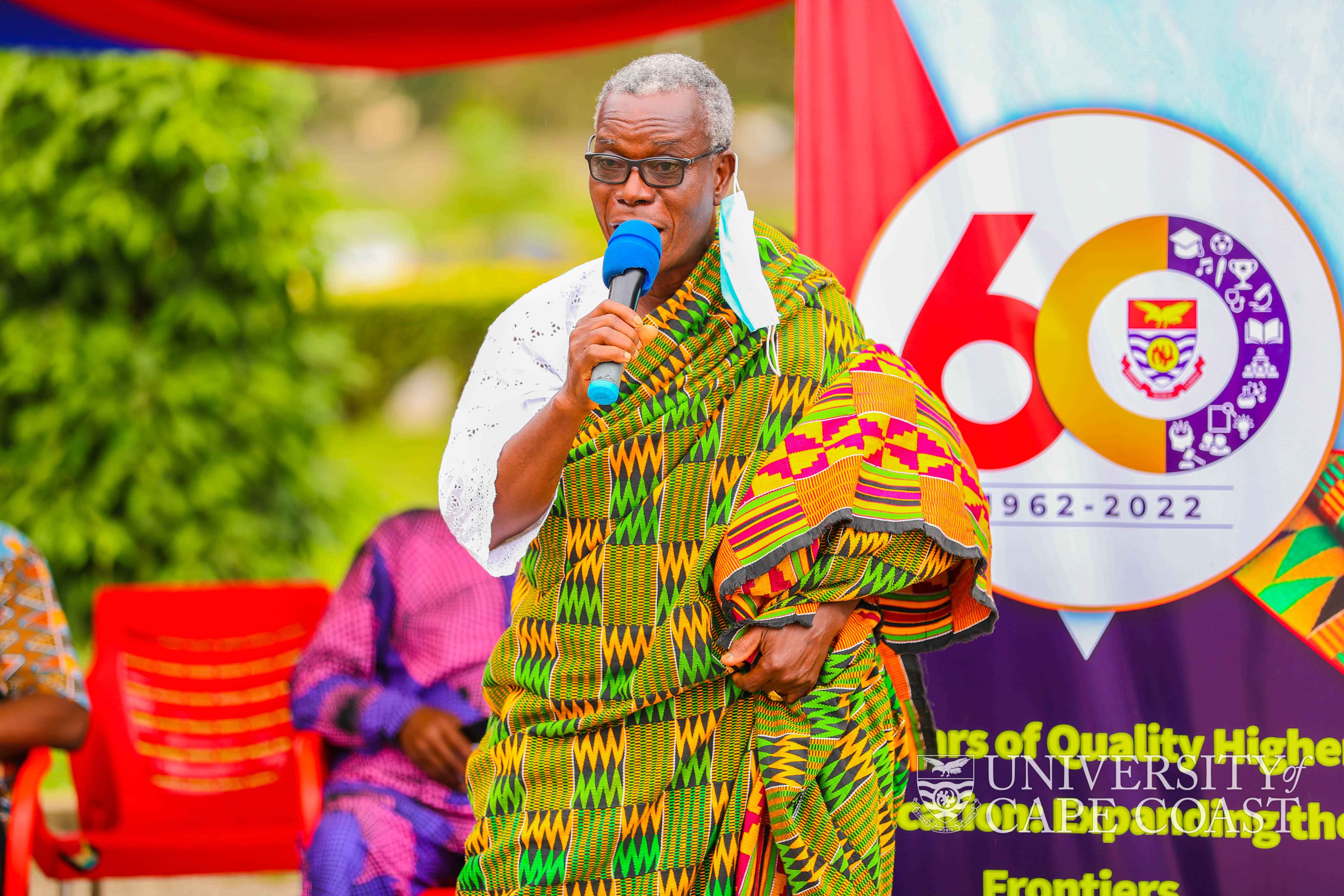 Prof. N.N. Koufie, the composer of the UCC anthem

In the past, he recalled, junior staff members of UCC were always assaulted by students. That development, according to him, angered members of Tertiary Education Workers’ Union (TEWU) who also took revenge on the students by putting out lights in the Halls, amongst other unsanctioned measures which were academically detrimental to students. This action by TEWU stemmed the reprehensible behaviours by students, Prof. Kuoufie added.

He explained that it was in the light of the aforementioned that culminated in the verse two of the UCC Anthem, specifically the line: “Being proud of this, we students and workers in concert shall work that your image may be heightened.” 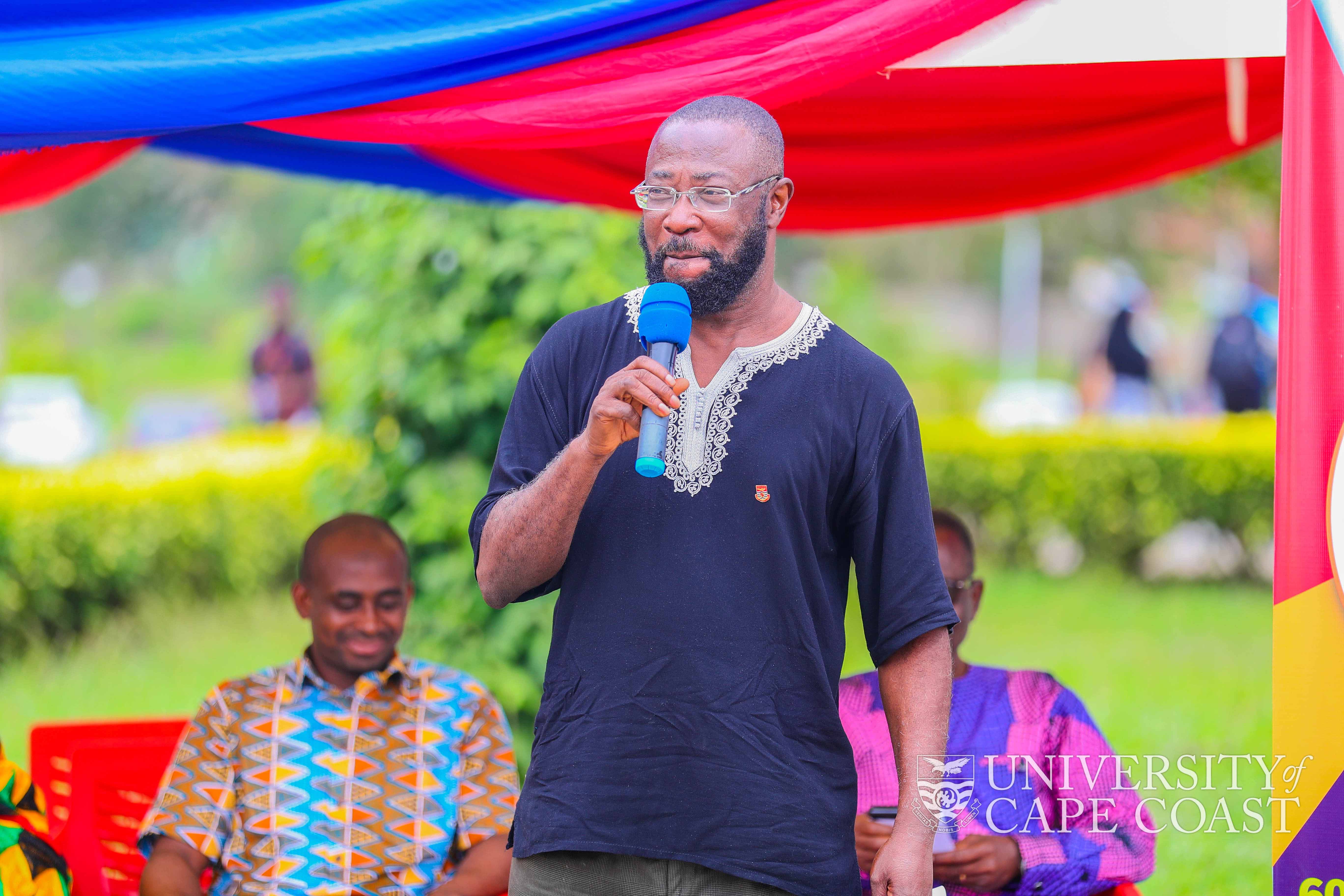 He recalled his heyday at UCC when he took his first university examinations which he described as “dreadful.” He said UCC provided them three free meals a day and were paid book allowances.

Prof. Opoku Agyemang, who joined UCC in 1986, added, “Some of us have attained major national prominence to the credit of UCC.” 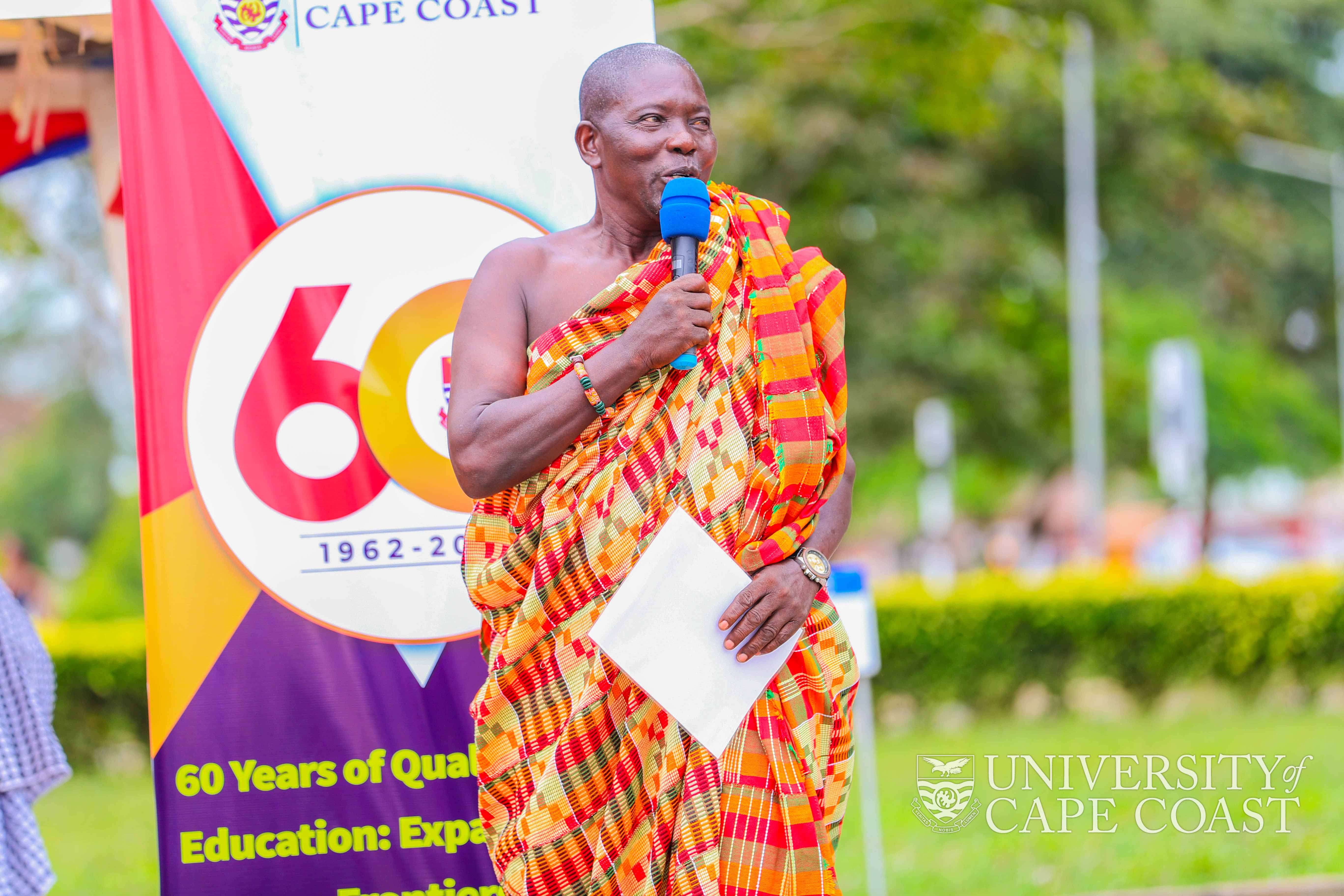 He recounted how staff were using typewriters in the discharge of their duties.

Mr. Attah, who gained employment in UCC in 1961, said the University provided students with bicycles to facilitate their academic work which the students used to ply “the students’ Bicycle road”, which is now commonly referred to by the current crop of students as “School Bus Road.” 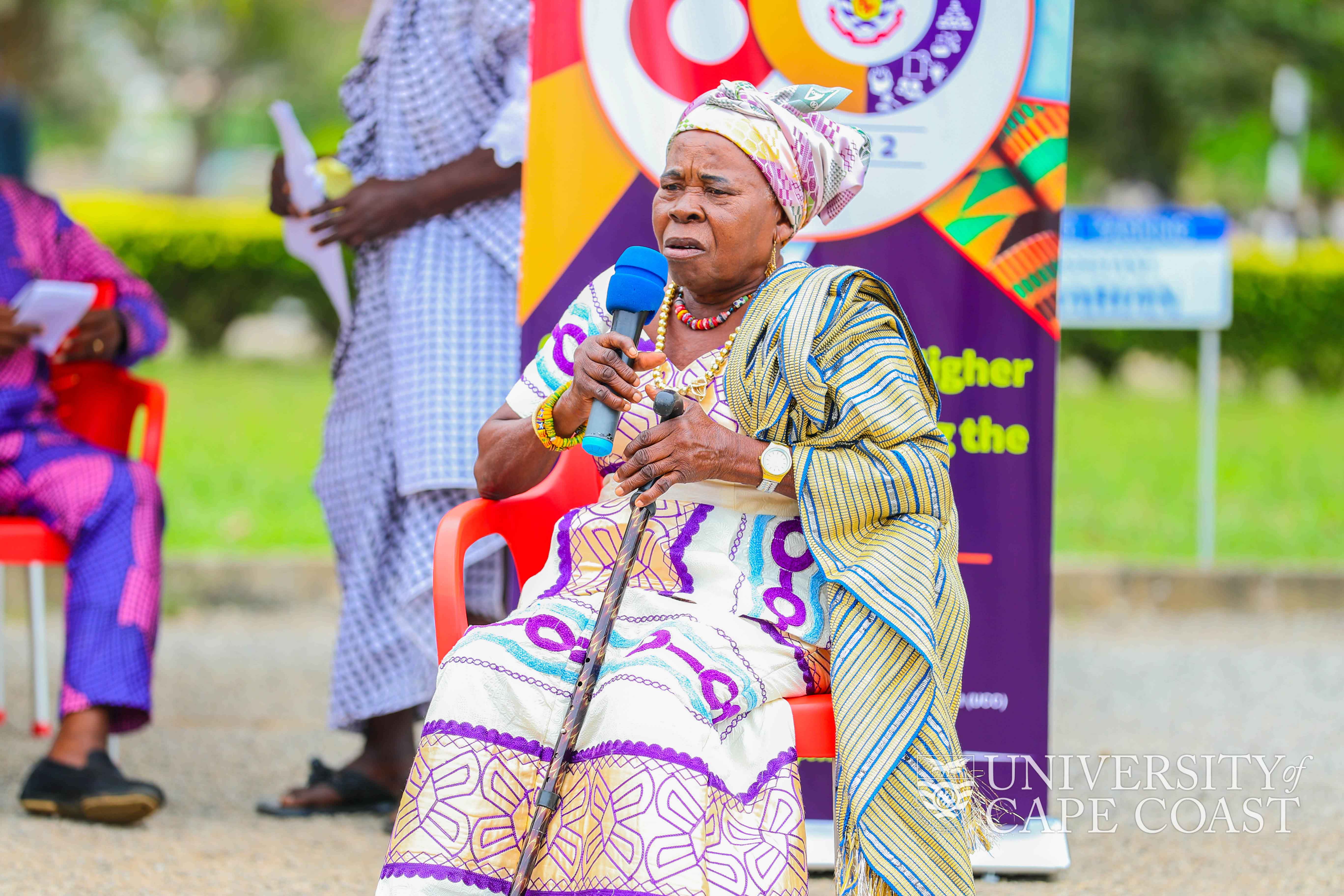 Madam Efua Kuma was a caterer at the University. She recollected how students flocked the dining hall of the University to have their delicious free meals. 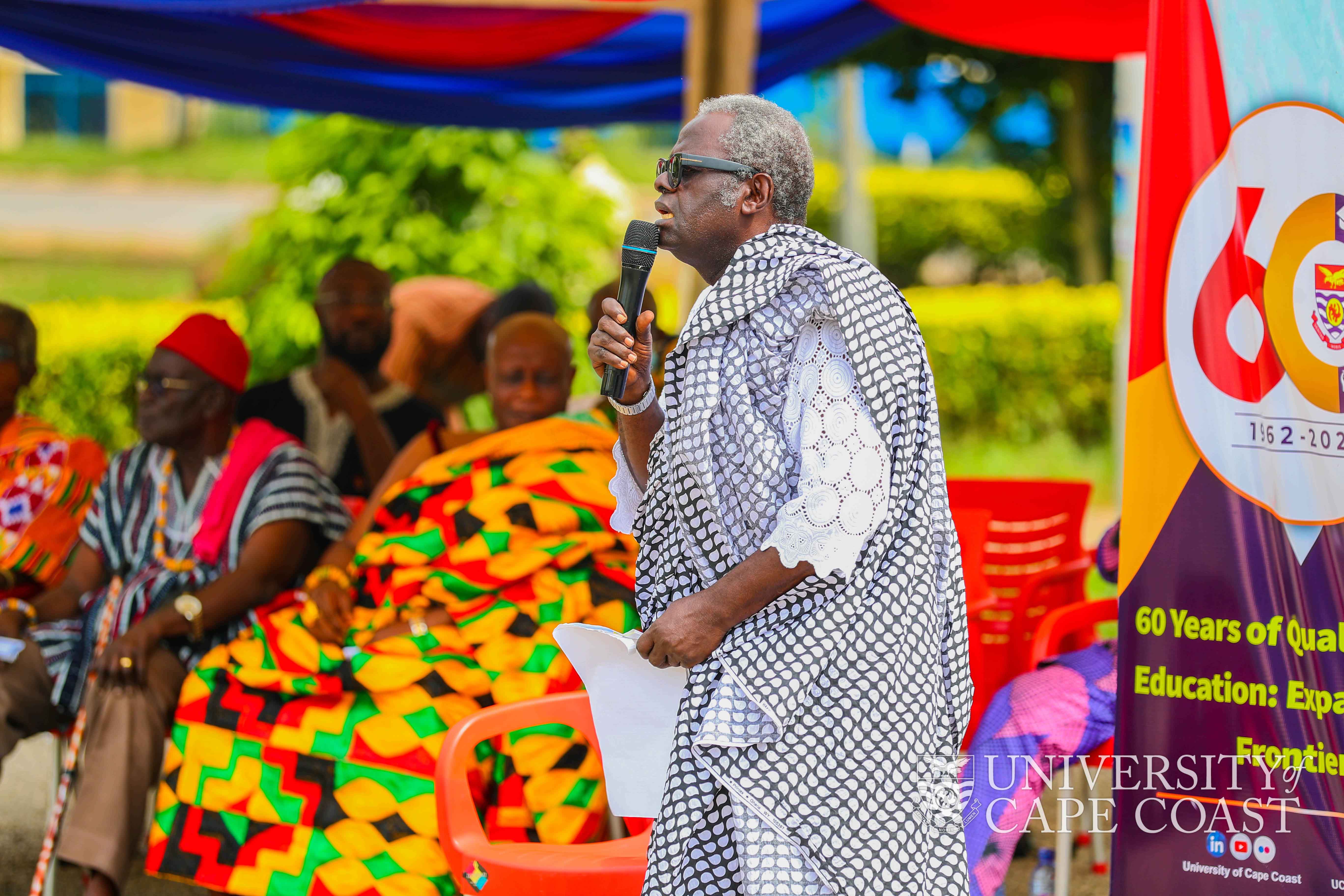 Mr. Johnny Bansah, a former Chief Librarian who served for 38 years, reminisced about a foreign lecturer, Dr. Mrs. Dimelow, who had a forest reserve in UCC to keep her wild animals.

“Woe betide any employee who would kill any of the animals in the forest, the person will be sacked,” he recalled, hence, the name Dimelow Forest on campus.

He said that Dr. Dimelow was killed by one of the wild animals in that forest, paving way for the labourers in UCC to kill all the animals.

He urged the retirees to place their experience at the doorsteps of active staff.

Some other retirees, who spoke at the function, counseled staff in active service to uphold the values of integrity and self-discipline.

According to them, retirees were valuable human resource whose contribution to the development of UCC could not be over-emphasised.

They explained that retirees were an embodiment of knowledge and wisdom that the University should continue to tap.

The senior citizens pledged their support to the Vice-Chancellor, Prof. Johnson Nyarko Boampong to succeed, with others calling on university management to take good care of their welfare.