Management, staff and students of University of Cape Coast (UCC) defied the scorching sun to embark on a three-hour mega street float as part of the 60th anniversary celebration of the University.

Clad in UCC@60 paraphernalia and accompanied by loud music blasting through speakers mounted on fully-loaded UCC@60 branded articulated trucks as well as brass band music, the mammoth crowd began the float from Victoria Park in the central business district of Cape Coast through some principal streets and ended at the Club House of the University.

The ecstasy surrounding the float was contagious such that school children, the aged and even sellers halted their activities to catch a glimpse of management, staff and students, which further increased the level of excitement. 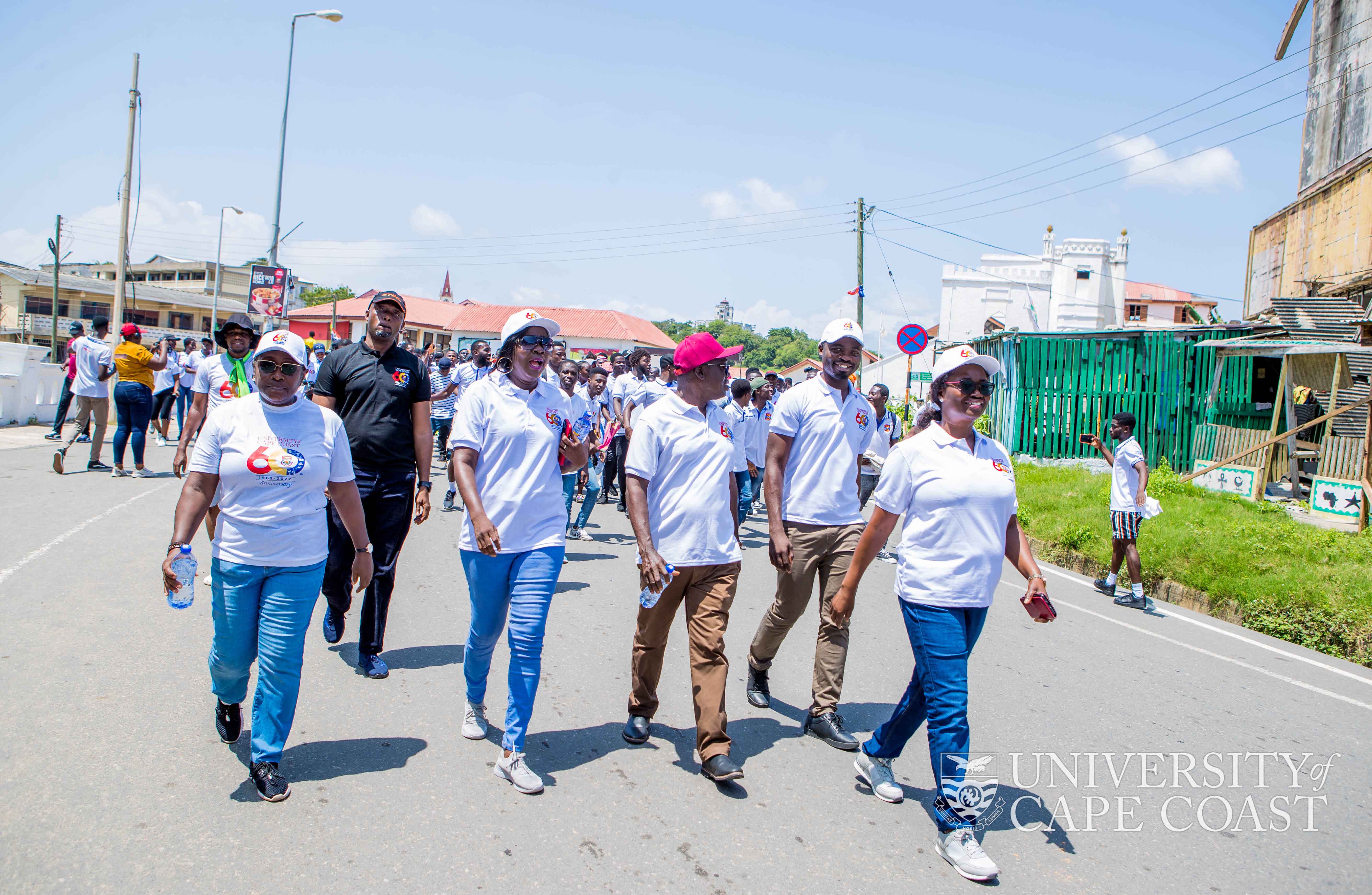 The Pro Vice-Chancellor, Prof. Mrs. Rosemond Boohene, who led the float, thanked the Almighty God for guiding them through the exercise and expressed her gratitude to the participants for the remarkable turn out.

The Pro Vice-Chancellor hailed participants, especially students, for the level of comportment during the float, saying the security personnel also deserved commendation for keeping all in line.

Participants in the float were excited about the event and lauded the UCC@60 Planning Committee for a wonderful work done.

In attendance during the float included the Registrar, Mr. Jeff Teye Onyame, Provosts and some Directors.